As ecotourism should promote both conservation of resources and improved quality of life of local people, a community-based approach to ecotourism is implemented to achieve these goals. Welknown for its breathtaking scenery, Bromo Tengger Semeru National Park in East Java, Indonesia is home of one of the best ecotourism sites in Indonesia with community-based approach. It will be interesting to experience and gain first hand insights directly from local communities taking part in Bromo ecotourism in a field school format.

Ecotourism is one of the fastest growing sectors of tourism. According to The International Ecotourism Society, ecotourism is a responsible travel to natural areas that conserves the environment, sustains the well-being of the local people, and involves interpretation and education” (TIES, 2015). According to this definition, ecotourism can involve both cultural and environmental tourism and, in addition, benefits to the local population should be an integral part of the activity. The demands of increasingly affluent consumers for ‘remote’, ‘natural’ and ‘exotic’ environments have created an upsurge in ecotourism ventures, including in protected conservation area such national park.

As ecotourism should promote both conservation of resources and improved quality of life of local people, a community-based approach to ecotourism is implemented to achieve these goals. Welknown for its breathtaking scenery, Bromo Tengger Semeru National Park (BTSNP) in East Java, Indonesia is home of one of the best ecotourism sites in Indonesia with community-based approach. It will be interesting to experience and gain first hand insights directly from local communities taking part in Bromo ecotourism in a field school format.

Along with Ranupani, Ngadas is one of two enclave villages in BTSNP. It is an upland area with an altitude of 1,800–2,000 m above sea level. This village is located in Poncokusumo sub-district, Malang District, East Java Province. The total area of this village is 414 ha (0.81% of this national park area). Ngadas was estabilished in 1774, consisting of two hamlets: Ngadas and JarakIjo. Tenggerese, the indiginous people, mostly inhabiting the village, had a population of 1,730 people (419 households) in 2013. The villagers are religious people who believe in Islam, Hinduism, or Buddhism, but strongly influenced by Tenggerese culture. The villagers are living in harmony. 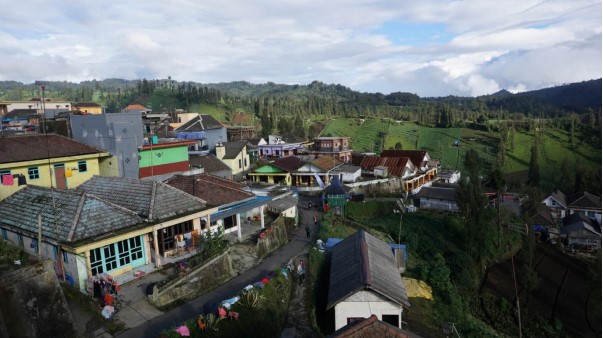 Since the sixteenth century the major economic activities in this village have been farming, which became more widespread in 1910–1925 and became more intensive in 1979. After 2007, ecotourism has developed in Ngadas. In 2012, the Malang District Government declared Ngadas as a tourism village. The natural and agricultural landscapes, backdropped with Mt. Bromo and Mt. Semeru, enshrine this culturally vibrant village embraced by the national park. In the night, dense stardust shows up, while not-so-sunny weather brings sometimes thick but always delicate mists throughout the village. Indeed, it is a very picturesque village. (Source : Dani A.W., S.Hut., M.AP., M.Agr) 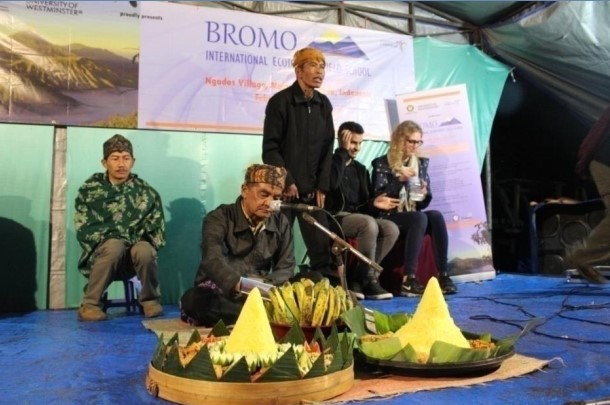 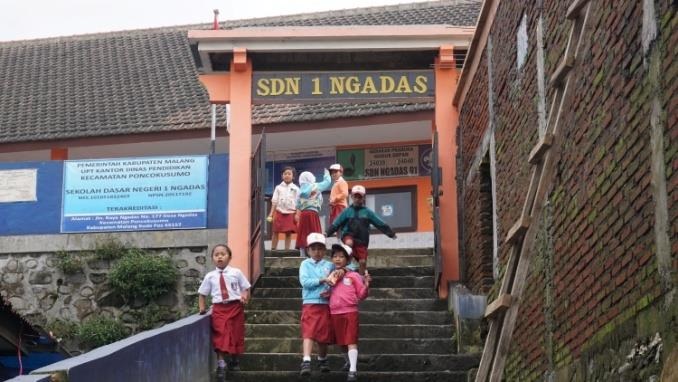 In their daily life, communities of Ngadas village work in farming, they leave for the fields at 07.30 AM – 03.30 PM; but not to worry because before they leave for the field they usually prepare breakfast first for visitors who stay at home. Thus, best time for interaction between home owners with visitors would be in te afternoon when
homeowners come home from the fields. By the time they come home from the fields, they rush to clean themselves and for mothers to prepare dinner for visitors.

Because the village has temperatures around 12°C- 18°C, they usually gather in a connecting room between living room and kitchen beside a fireplace as a way to warm their bodies. Visitors are welcome to also join them for interaction and get together with homeowners. 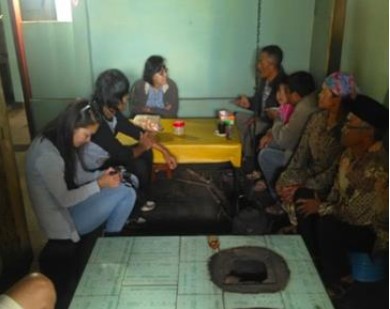 One thing they really like is spicy food, they usually consume chilli for additional appetite. Different variety of chili sauce is served depending on harvest season in Ngadas Village. They have at least 3 (three) types of chili sauce, there are mango chili sauce, eggplant chili sauce, and leunca chili sauce. It is very tasty, but not recommended for visitors who do not like spicy, because the sauce has a very spicy taste. 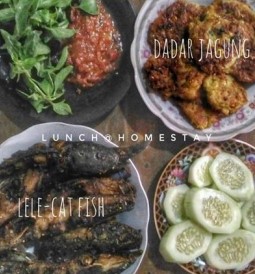 The community of Ngadas Village has unique daily clothes. They always use sarong that are folded between their shoulders to warm their bodies. They have seven ways to wear sarongs and each way has its own terms and uses.

For visitors it’s suggested to dress appropriately, always cover your shoulders and not using short pants. For ladies who want to use skirt, it is suggested to wear long-below-knee skirt.

Daily clothes worn by the people of Ngadas Village is not much different from the Java community in general. Some old women use short kebaya, but many women wear long sleeve blouse; but now without wiron or sarong head cover and wide batik shawl. Men dressed everyday wearing loose shirts and trousers over the ankles. For formal occasion, they use lattice, wiron cloth and udeng, with all the equipments, as used by the community in Java. 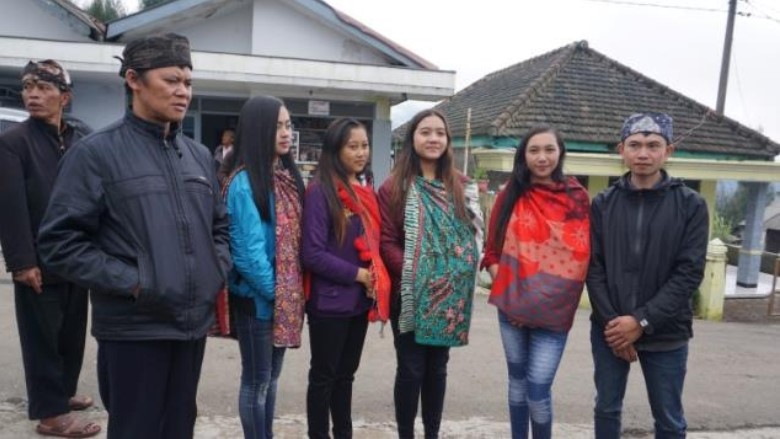 The villagers kinship system is very close. Although there are three religions namely Hinduism, Buddhism, and Islam, but they live side by side in harmony and mutual respect. If it concerns the traditions of Tengger people, they will unite to follow the prevailing customs of the Tenggerese society. Tengger people are known to be honest, obedient, and diligent to work. They live a simple, peaceful life. Almost without any mischief, chaos, quarrels or theft. Love to work together with the support of high tolerance. The community of Ngadas Village used to address a man with the title “Bapak” before his name which literally means “Mr”. For example a man whose name is Harjo, will be addressed by “Bapak Harjo”. To address a women with the title “Ibu” before his name which literally means “Mrs”. For example a women whose name is Wiji, will be addressed by “Ibu Wiji”. To address a young woman with the title “mba” before his name which literally means “Ms” for
example a young woman whose name is Rika, will be addressed by “Mba Rika”. 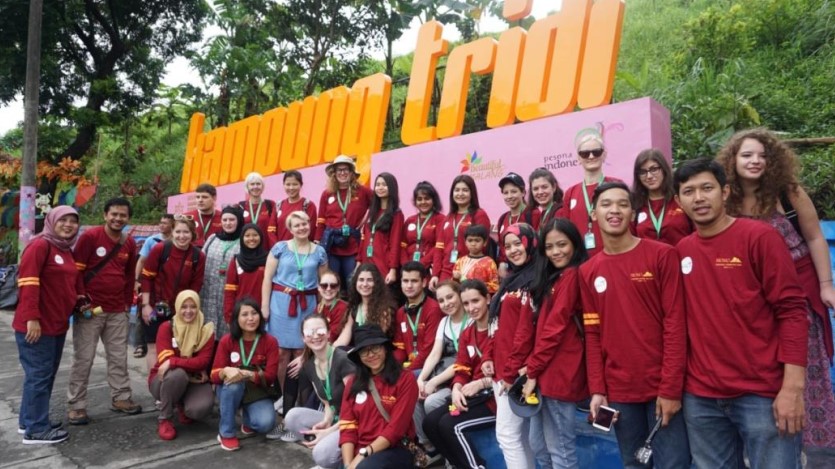 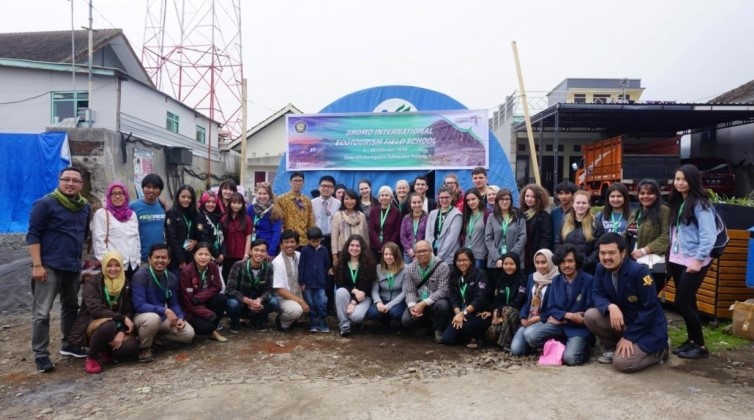 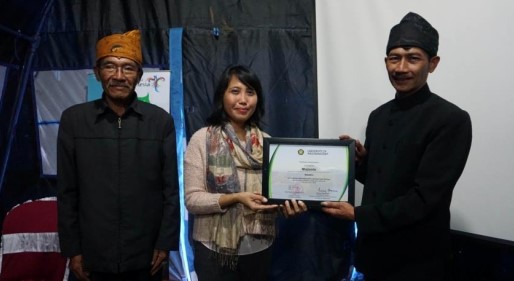 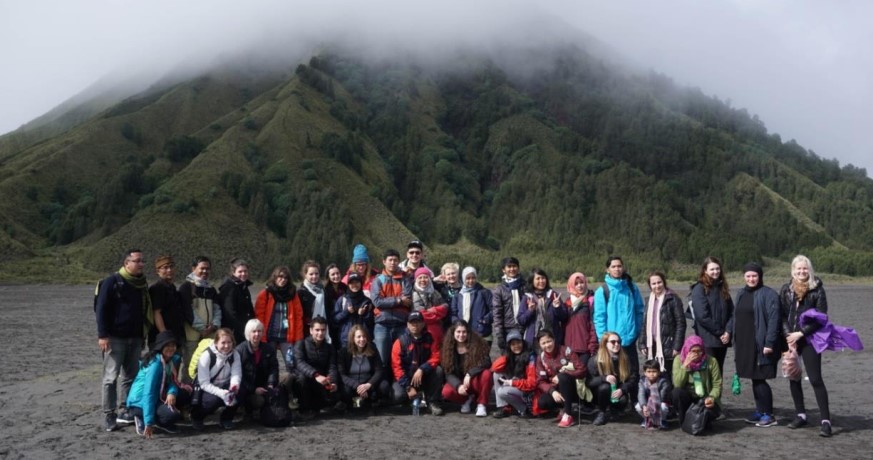 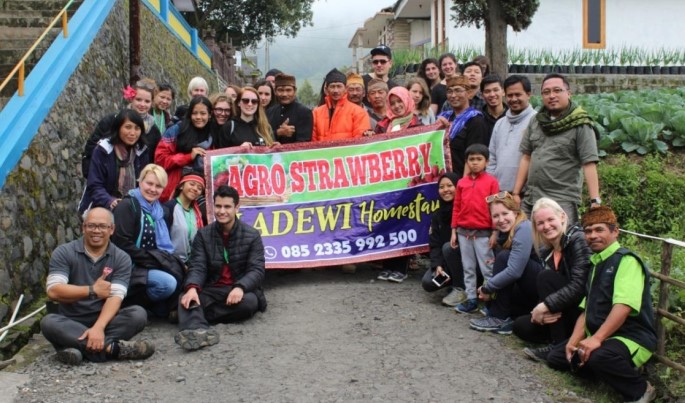 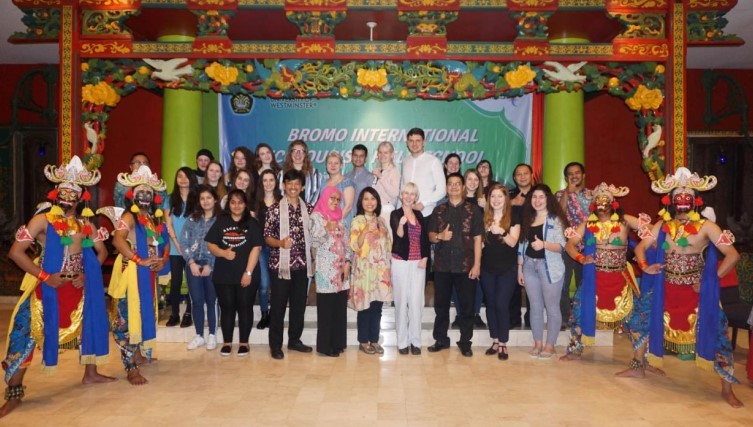 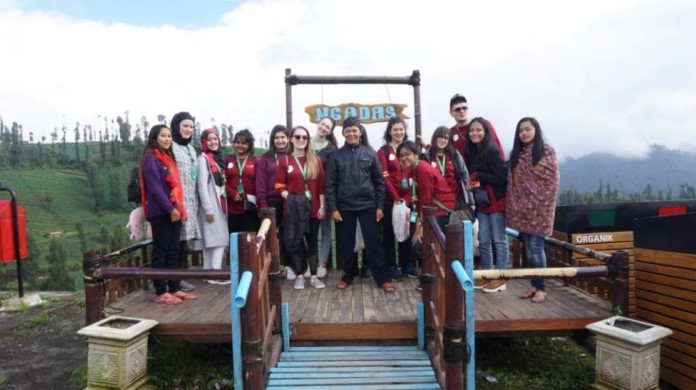